Cyrene was one of the most beautiful figures in Greek mythology, so beautiful indeed that Apollo would take Cyrene as his lover.

Cyrene is normally said to have been a mortal princess, daughter of King Hypseus, king of the Lapiths, and an unnamed nymph. Cyrene had two named sisters, Themisto and Astyaguia.

Hypseus was a son of the Potamoi Peneus and Creusa, but some would say that Cyrene was not a daughter of Hypseus but was his sister, having been born to Peneus. This would make Cyrene not a mortal princess, but a Naiad nymph. 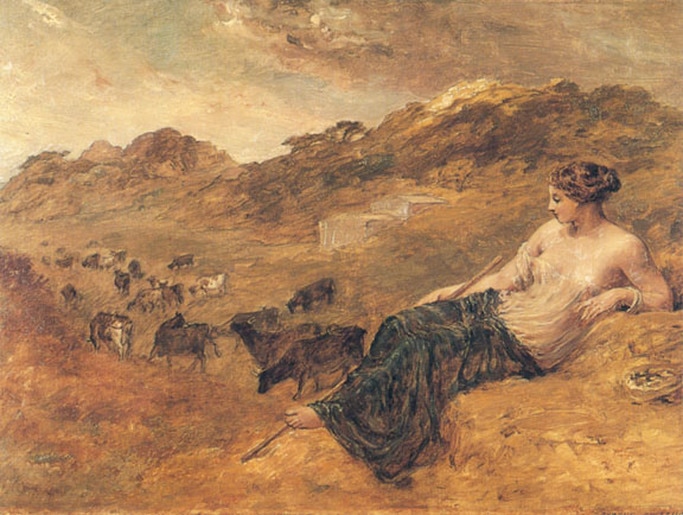 Certainly Cyrene had the beauty of the nymphs, with some saying Cyrene was a rival for the Charites in looks. In many ways though, Cyrene was more like Artemis, for Cyrene became a huntress of some note, and one, who like the goddess, was protective of her virtue.

Cyrene’s skill as a huntress ensured that she became the chief protector of her father’s cattle and sheep, and it was in this role that she was chanced upon by the Greek god Apollo.

As a lion attacked the cattle of Hypseus, Cyrene did not kill it with a javelin or arrow, but instead wrestled with it, until it succumbed. Apollo was greatly taken by the strength and daring of Cyrene, and it was said by some that Apollo even deigned to ask the centaur Chiron about the woman he had observed.

The Abduction of Cyrene 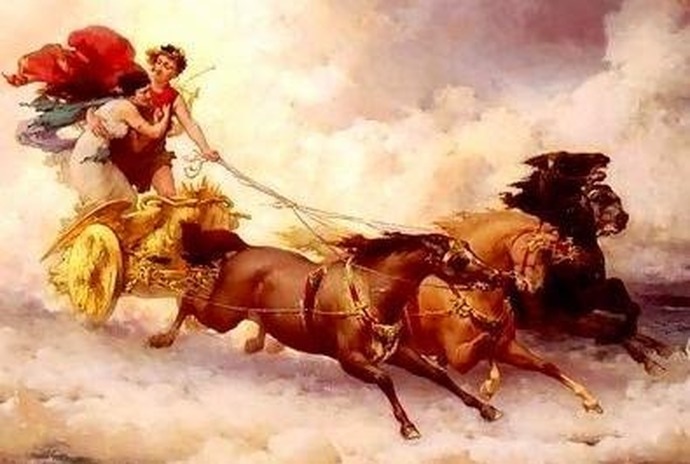 At the spot where Cyrene was deposited a new city would grow, a city called Cyrene after Apollo’s lover, and some tell that it was actually Apollo who established the city. The area around the city would also be known as Cyrenaica.

Whilst Cyrene would be left behind in Libya, Apollo honoured her by turning her into a nymph, guaranteeing Cyrene long life, or possibly immortality.
Contents