Daedalion was a mortal king from the tales of Greek mythology, although Daedalion is referred to in but one surviving source, that being Ovid’s Metamorphoses.

Daedalion is named as a son of Eosphorus (Hesperus), the Astra Planeta linked to the planet Venus; the mother of Daedalion is not named, although it was said that Ceyx, King of Trachis was Daedalion’s brother.

In Metamorphoses, it is from Ceyx that we find out about Daedalion, for Ceyx speaks of him to Perseus. From the words of Ceyx it would appear that Daedalion was the opposite of Ceyx, for whilst Ceyx was a peace-loving king, who ruled without bloodshed, Daedalion was a warrior king, who subjugated other kingdoms through war, and could be harsh when terms of victory were decided.

​Chione would then give birth to two sons, Autolycus, son of Hermes, and Philammon, son of Apollo. 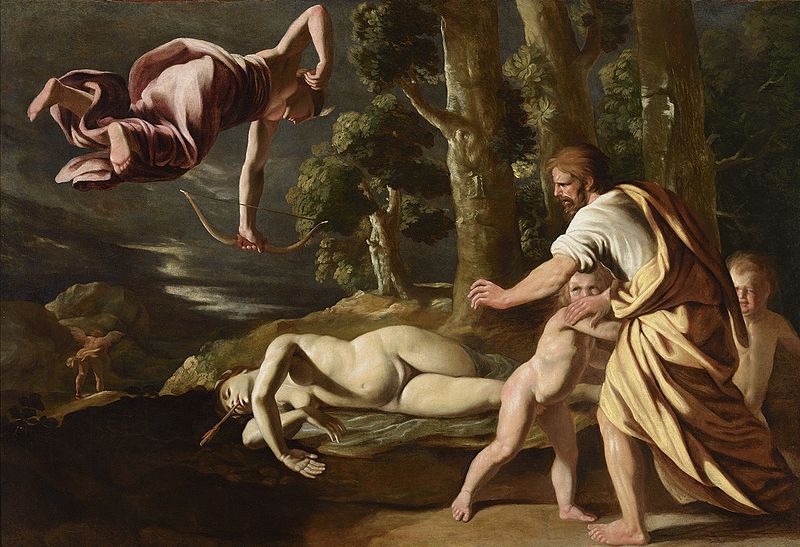 The Death of Daedalion

Chione though was taken with her own beauty and desirability, and would proclaim herself to be superior to the goddess Artemis, of whom Chione said her beauty did not match her own. Such hubris could not go unpunished, and so Artemis took up her bow, and shot an arrow through Chione’s tongue, killing her.

The death of Chione had a profound affect upon Daedalion, and the son of Eosphorus, decided that he no longer wished to live without his daughter. Daedalion attempted to kill himself by throwing himself upon Chione’s funeral pyre, but was restrained, preventing him from doing so.

Daedalion would eventually free himself from those who held him, and so Daedalion ran with great speed up Mount Parnassus, with Daedalion having decided that he would throw himself to his death, where there was no one about who could stop him. When Daedalion jumped, Apollo intervened, and before Daedalion could fall to his death, he was transformed into a hawk; a bird with the characteristics of the man, having courage and ruthlessness.
Contents
Colin Quartermain - Daedalion - 20th November 2019