Deucalion and the Great Flood

The story of the Great Flood, or Deluge, is one which appears in the religious stories of many different faiths. It is also a story that appears in Greek mythology, where it is a tale particularly associated with the survival of Deucalion and Pyrrha.

Deucalion was a son of the Titan Prometheus and the Oceanid Pronoia (also known as Asia), whilst Pyrrha was the mortal born daughter of the Titan Epimetheus and Pandora.

Deucalion and Pyrrha would wed, and Deucalion would become a King of Phthia in Thessaly.
The final straw for Zeus was said to have been the actions of King Lycaon, for the Arcadian king had killed and served up one of his own sons as a meal, in order that the powers of Zeus could be tested. Lycaon and his remaining sons were turned into wolves by Zeus, but the supreme god also decided that it was time for the Bronze Age to come to an end.

Zeus decided that the manner of the extinction of man would come in the form of a great flood. 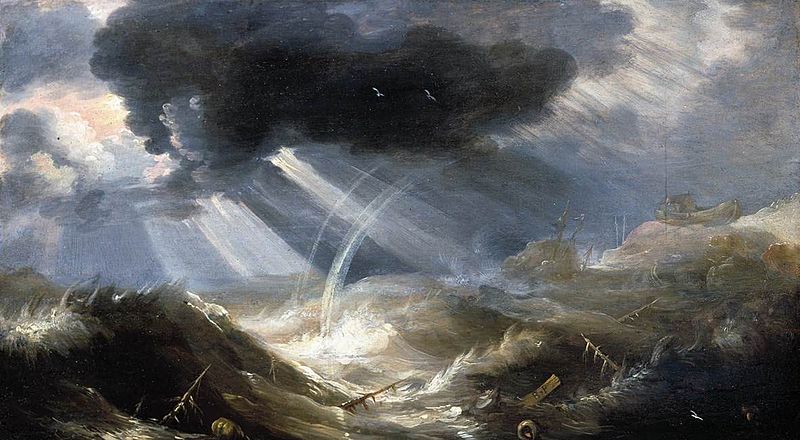 Deucalion was warned about the plans of Zeus by his father Prometheus; for Prometheus was the Titan of Foresight. Thus, Deucalion and Pyrrha constructed a ship, or giant chest, and provisioned it with food and water.

When Zeus decided the moment was right, Zeus shut away the North Wind, Boreas, and let Notus, the South Wind, bring forth rain; the goddess Iris feeding the rain clouds with water. On the earth, the Potamoi were given free rein to flood the land, breaking their banks in numerous places.

Water levels rose, and soon the whole world was covered in water, and man was virtually wiped out. At the same time, animals and birds also died, for there was nowhere for them to find sanctuary either, and only the sea life flourished.

Deucalion and Pyrrha though survived, for as the water levels rose, they boarded their ship and floated away from Thessaly. 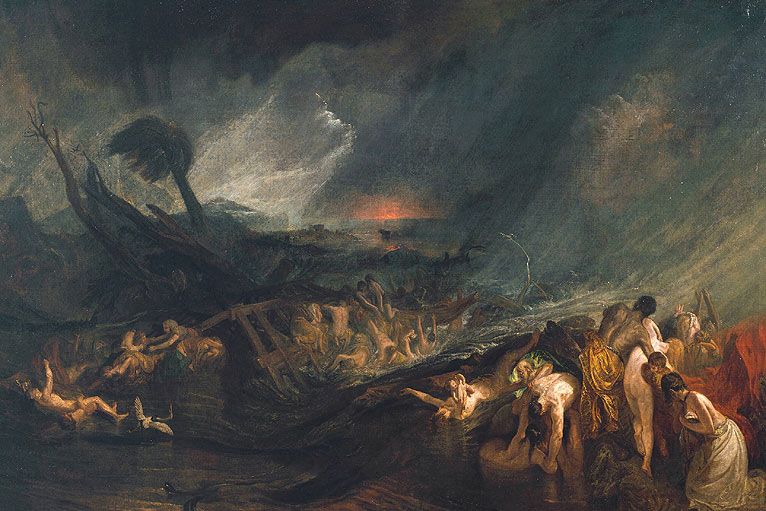 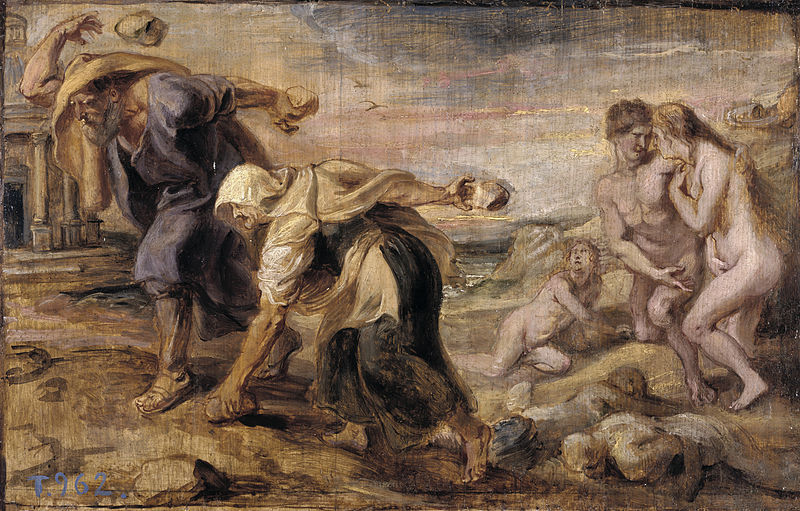 Deucalion and Pyrrha - Peter Paul Rubens (1577–1640) - PD-art-100
All three of the daughters of Deucalion would become lovers of Zeus; and as a result, Pandora gave birth to Latinus and Graecus, the eponyms of Latin and Greek peoples; Protogenia, was mother to Aethilus the first king of Elis, Opus and Aetolus; and Thyla was mother of Magnes and Macedon, the eponyms of Magnesia and Macedonia respectively.

More Survivors of the Great Flood

In the myth of Deucalion and Pyrrha, husband and wife were the sole survivors of the Deluge, but in other stories from Greek mythology, other survivors are also mentioned.

Deucalion and Pyrrha might not have even been the only survivors upon Mount Parnassus, for it was also said that the people of Delphi were guided to safety upon the mountain by the howling of wolves.
Contents