THE MINYADES IN GREEK MYTHOLOGY

​The Minyades were the three daughters of King Minyas who refused to join the worship of the god Dionysus, before the deity sent them mad.

The Daughters of King Minyas

King Minyas of Orchomenus had three daughters; these daughters were most commonly named Leucippe, Arsippe and Alcithoe, although variations on these names are given. Collectively though, the three daughters of Minyas were called the Minyades.
​
Some tell of these Minyades being married, and it was generally considered that Leucippe had a son called Hippasus. 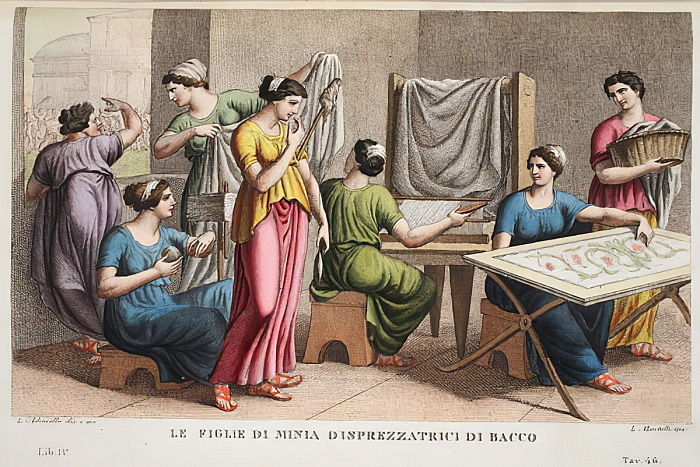 The Minyades and the Worship of Dionysus

The Metamorphosis of the Minyades

The Minyades though would be shunned by the other Maenads, and eventually, Dionysus, or Hermes, transformed them into bats.
Contents
Colin Quartermain - Minyades - 12th March 2021