​The blind seer Phineus is a famous character from Greek mythology, for Phineus appears in the tale of Jason and the Argonauts, where the Argonauts discover him being tortured by the Argonauts.

As with many tales of Greek mythology, the story of Phineus is potentially far more complex than most people think.

​The Parentage of Phineus

​The parentage is uncertain, with three different fathers commonly named.

The most common parentage of Phineus is given as Agenor, King of Phoenicia, which would make Phineus a brother to Cadmus and Europa.

Alternatively, Phineus is a son of Phoenix, son of Agenor, born to the daughter of Arabius, Cassiopea; or he is the son of the Greek sea god Poseidon, by a woman unnamed.

In the event that Phineus was the son of Agenor, or of Phoenix, then this would make Phineus a long lived individual, for both of these potential fathers lived generations prior to the events of which Phineus is most famous.

Phineus would become known as a king of Thrace, where he ruled Salmydessus; to the Ancient Greeks, Thrace was a name given to the land north of Thessaly.

​The Blinding of Phineus

​In the simplest versions of the tale of Phineus, Apollo teaches Phineus the art of prophecy, and so Phineus becomes known as a seer, as well as a king.

Phineus though misuses his gifts, for he reveals too much to mankind, for seers were expected not to be too precise, or too clear, in their prophecies, lest they revealed the secrets of the gods. Phineus, for his indiscretion, is made blind by Zeus, and then as an additional punishment, the Harpies were sent to further torture the Thracian king.

The Harpies were the monstrous winged women of Greek mythology, known as people snatchers, who worked in partnership with the Erinyes.

The form of torture undertaken by the Harpies upon Phineus saw the winged women swoop down upon and food laid out for the king, taking most and leaving only uneatable remains behind.
Thus it was that the Argonauts had delivered Phineus from his torment, and in gratitude the seer now told Jason and his men the route to Colchis. This route took the Argo through the Symplegades, the Clashing Rocks, and near to the island of Aretias, where the Stymphalian birds were to be found.

Phineus told Jason how the Argo might safely navigate between the Symplegades, if the Argonauts rowed with all their might after a dove, and how the Stymphalian birds might be dispersed if a great noise was made with the shields and weapons of the warriors. 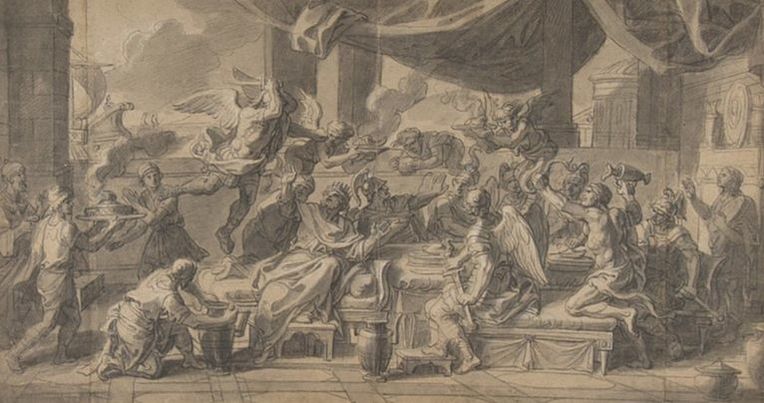 The story of Phineus in Greek mythology becomes far more complicated if the blindness of the king of Thrace is not put down to revealing the secrets of the gods; and subsequently, Phineus becomes much less of a sympathetic character.

​One tale tells of Phineus choosing a long-life over the ability to see, claiming to prefer to live for many years than to look upon the sun again. The sun god Helios though, took this as an insult to him, and so it was Helios who dispatched the Harpies to torment Phineus.
​
Or, perhaps, the blinding of Phineus was due to some other punishment of the gods.

​The Family of Phineus

​As was common in tales of Greek mythology the second wife of an individual was often jealous of the first, and Idaea was no exception.

Idaea would claim that Plexippus and Pandion had attempted to rape her, and believing his new wife, King Phineus punished his sons.

Some tell of Phineus killing his sons, in which case the gods punished him with blindness, or else threw them, and potentially Cleopatra, into a prison cell, and tortured them, in which case Phineus kept his sight.

The Demise of Phineus

​In the latter case, when the Argonauts arrived they discovered the unjust punishment being undertaken, and they went to Phineus to talk about releasing them. Phineus though was angered about strangers interfering in his kingdom’s affairs, and bluntly refused to release them. In response, Calais and Zetes rushed to release their nephews from their imprisonment.

Phineus now organised his army to deal with Calais and Zetes, but of course, the other Argonauts sided with their comrades, and a battle ensued between the Argonauts and the Thracians. In this battle it was said that Phineus was killed by Heracles, and of course the Argonauts emerged victorious.

Idaea was expelled from the country and the sons of Phineus, Pleippus and Pandion, now became rulers of Salmydessus. 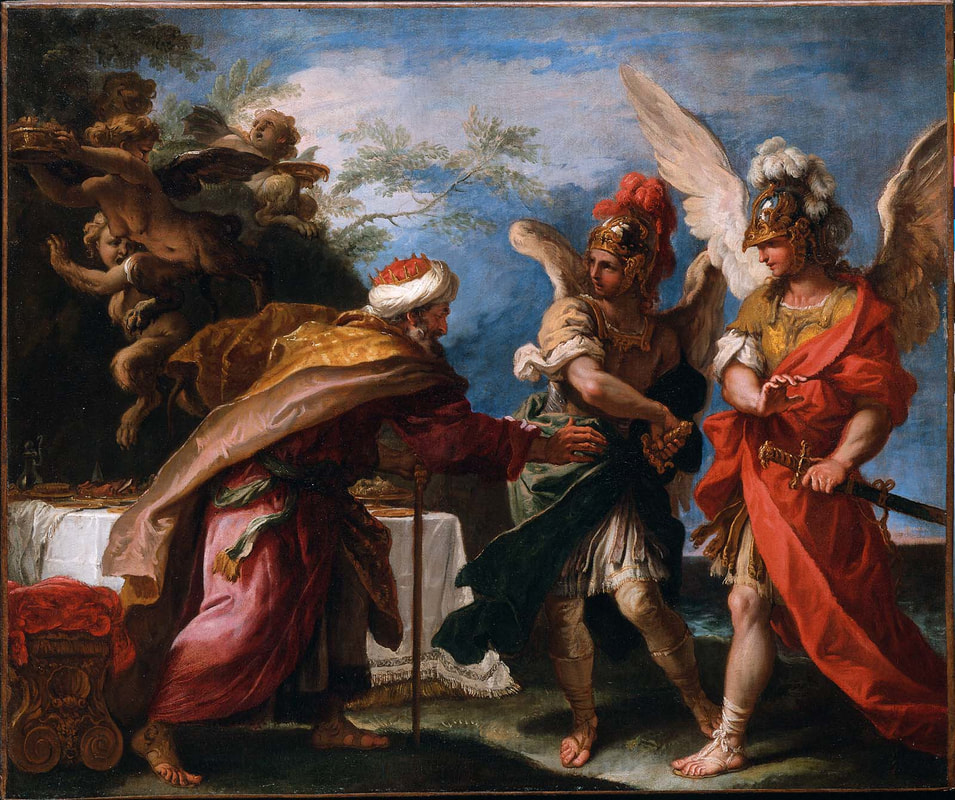