Polydectes was a king of Seriphos in Greek mythology, famous for being the king who would command the hero Perseus to obtain the head of Medusa.

The common story has Polydectes being the son of Magnes, the first king of Magnesia, and an unnamed Naiad, who was possibly the Naiad nymph of the main spring of Seriphos. This Naiad nymph would also give birth to a brother for Polydectes, Dictys.

Magnes would stay in Magnesia, whilst his mistress would make her home upon Seriphos.

Alternatively, Polydectes was not a son of Magnes, but was instead a son of Poseidon and Cerebia, or of Peristhenes and Androthoe.

In any case, when of age, Polydectes would become king of the island of the Western Cyclades, known as Seriphos.

Danae arrives in the Kingdom of Polydectes

Dictys would care for Danae and help raise Perseus, but the beauty of Danae soon caught the attention of Polydectes who wished to marry the daughter of Acrisius.  Perseus though was extremely protective of his mother, and prevented Polydectes from getting close to Danae; it is commonly presumed that the protectiveness of Perseus came about because Polydectes was a violent tyrant.

With the death of Polydectes, Perseus would make Dictys king of Seriphos, before Perseus and Danae returned to Argos, the land of Acrisius. 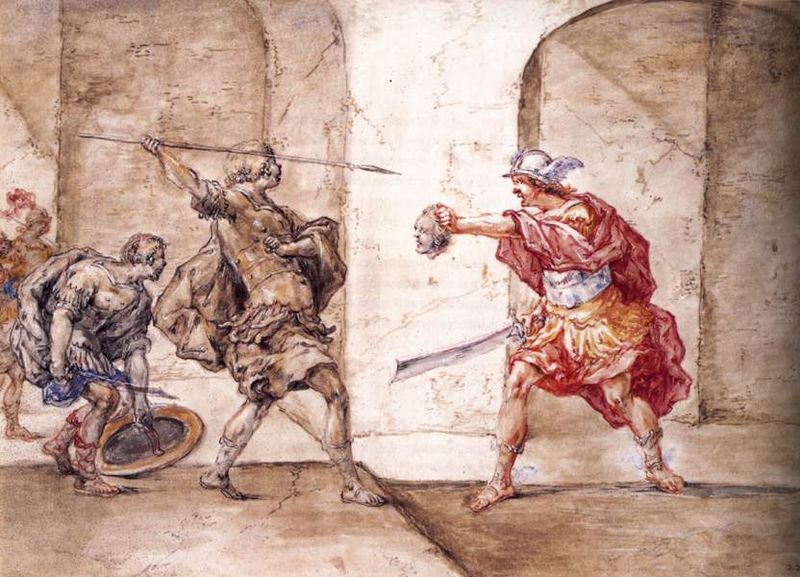 An Alternative view of Polydectes

The story of the tyrannical Polydectes is the most common one today, but there is an alternate story that say Polydectes was actually a good king, one who married Danae when she was washed up on Seriphos, with Perseus being raised in the temple of Athena.

Acrisius though would come to Seriphos for he had heard that his grandson was still alive, and planned to kill him before Perseus killed him; for this was what an oracle had forewarned.

Polydectes though, would intercede on the behalf of Perseus, and prevented bloodshed between grandfather and grandson.  Polydectes would unexpectedly die at this point and funeral games were held for the king of Seriphos, it was then said that Perseus would accidentally kill Acrisius during these games with a thrown discus.

This version of the Polydectes myth doesn’t explain the need for the head of Medusa, nor the fact that Acrisius is more commonly said to have died in Larissa, Thessaly.
Contents