Pygmalion is the name given to a legendary figure from the island of Cyprus, and although Pygmalion is mentioned in Greek mythological sources, the most famous telling of the myth comes from the Roman period, appearing as it does in Ovid’s Metamorphoses.

In Ovid’s version of the myth, Pygmalion is a talented sculptor living in, or near, to the city of Amathus on Cyprus.

Pygmalion was so engrossed in his work that he shunned the outside world, and came to detest his fellow citizens of Cyprus. In particular, he to despise all women, for he had seen the Propoetides, the daughters of Propoetus of Amathus, prostituting themselves; the Propoetides had been cursed by Aphrodite (Venus) after they had neglected to worship the goddess. 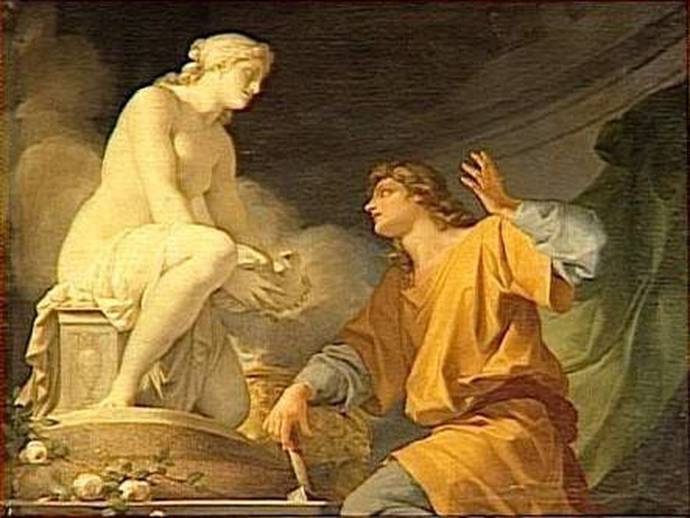 Other sources, including the Bibliotheca (Pseudo-Apollodorus), suggest that Pygmalion was more than just a sculptor, and perhaps was even a King of Cyprus, and father of a daughter Metharme.

There is a suggestion that the lost work of antiquity, De Cypro (Philostephanus), sees Pygmalion not sculpting the statue, but taking one of the goddess Aphrodite from the temple, and installing it in his living quarters; and it is then this statue that is brought to life by the goddess.