Cepheus was the name given to a King of Aethiopia in Greek mythology. Cepheus was the husband of Cassiopeia, father of Andromeda, later, the father-in-law of Perseus.

The Ancestry of Cepheus

​The ancestry of Cepheus is not entirely clear, although it is most commonly said that Cepheus was the son of Belus, king of the land then known as Libya (North Africa), and Anchinoe, the daughter of the Potamoi Nilus.

If Cepheus was indeed son of Belus, then he was potentially brother to Aegyptus, the king who gave his name to Egypt; Danaus, the man from whom the Danaans descended; Phoenix, the eponym of Phoenicia; Agenor, father of Europa and Cadmus; and Phineus.

Alternatively, Cepheus is sometimes called son of Phoenix, son of Belus or Agenor, in which case his only brother was Phineus.

The Family of Cepheus

Cepheus would marry the beautiful Cassiopeia, a woman of unknown origin, and whilst some call her a nymph, it is more likely that she was simply a beautiful mortal.

Cepheus would become father to one beautiful daughter, Andromeda, she who would be later be married to Perseus, but prior to this, Cepheus had announced that his daughter would marry Phineus, Cepheus’ brother.

​Perseus of course killed the Aethiopian Cetus and rescued Andromeda, and as Perseus was being favoured by the gods, there was no further trouble sent down upon Aethiopia by Poseidon; and indeed, Cepheus, as a son of Belus was thus a grandson of the god in any case. 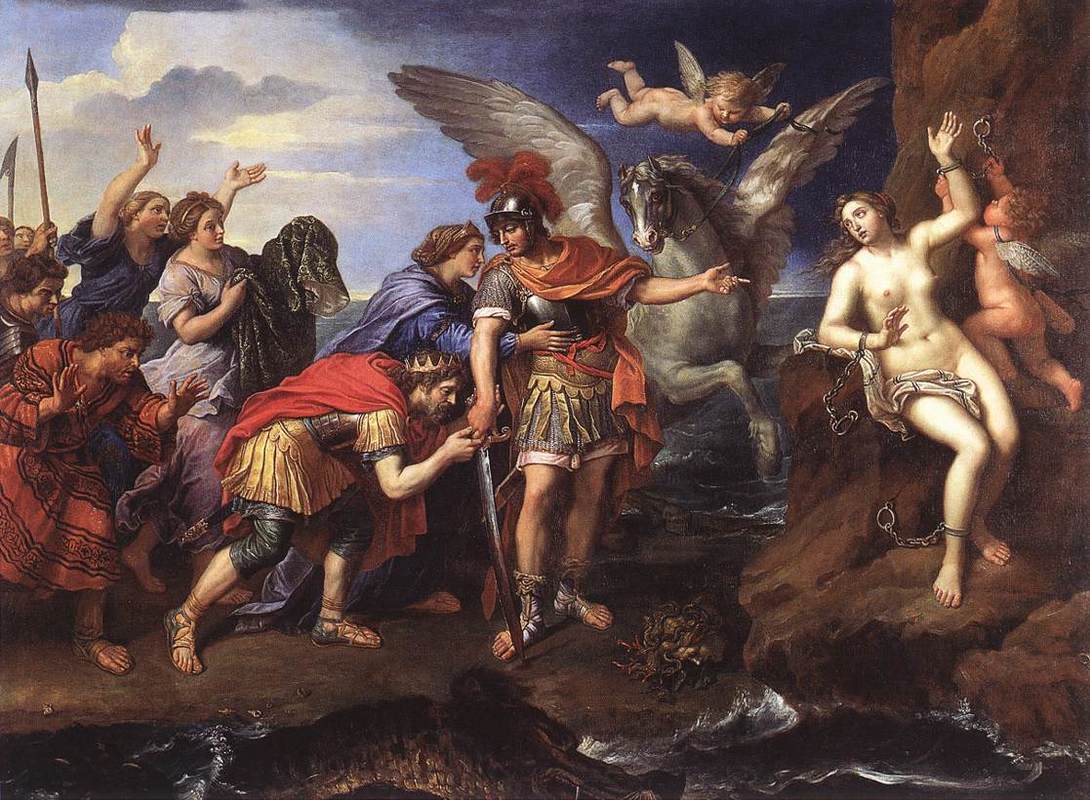 A Heir for Cepheus

A grateful Cepheus would then arrange for his daughter Andromeda to marry Perseus; the king of Aethiopia ignoring the fact that he had already promised his daughter to his brother Phineus.

When Phineus complained, Cepheus pointed out that it was not Phineus who had saved Aethiopia or Andromeda from the Aethiopian Cetus. This caused Phineus to take matters into his own hands, but the brother of Cepheus would ultimately be turned into stone, when Perseus unleashed the gaze of Medusa upon him.

Andromeda and Perseus would depart from Aethiopia for Seriphos, but only after many months had elapsed; and during this time, Andromeda gave birth to Perseus’ first son, Perses.

As Cepheus was without a male heir, Perses was left in his grandfather’s care, and it was from Perses that the name of Persia came about, and all Persian kings, as they were descended from Perses, was thus descendants of Cepheus, King of Aethiopia, as well.

Cepheus, by association with Perseus, would subsequently have his likeness placed amongst the stars as the constellation Cepheus, near to the other constellations of Perseus, Andromeda, Cassiopeia, and Cetus.
Contents