​Electra was the daughter of King Agamemnon and Clytemnestra according to Greek mythology. Electra was a character often written about, and was often portrayed as a vengeful individual, helping to avenge the death of her father.

The family of Electra

Electra was the daughter of King Agamemnon of Mycenae and his wife Clytemnestra, thus, Electra was sister to Orestes, Iphigenia and Chrysothemis. Electra, as with all of her siblings, having been born before the events of the Trojan War.

Though, even before the fighting started at Troy, Electra lost one sibling, for Electra’s sister, Iphigenia, was said to have been offered up as a sacrifice at Aulis.

The Death of Agamemnon

​Recognising that Aegisthus would now see her brother, Orestes, as a threat, Electra, along with some loyal servants, whisked him away before he too could be killed. The youthful Orestes was whisked away to the kingdom of Strophius, where Orestes grew into adulthood alongside Strophius’ son, Pylades.

Electra remained in Mycenae, where she continued to mourn the loss of her father. Aegisthus might have sought to do harm to her, but Clytemnestra stayed his hand. Aegsithus though, was fearful that eventually Electra might give birth to a son, who would one day seek vengeance upon Aegisthus.

Some say that Electra was thus married off to a peasant many, whose son would not have the standing that might call for vengeance. In this case, it was said that the peasant did not have relations with Electra recognising the plight that she faced.

Others though state that Electra remained unwed in the palace of Mycenae, but Electra longed for the day when her father’s death might be avenged. For Electra saw it as a great crime committed by her mother, although Clytemnestra saw it as a just killing, for Agamemnon had killed their daughter, Iphiegnia.
​Orestes would enter the palace carrying an urn which supposedly carried his ashes. Clytemnestra was thus taken by surprise, and Electra’s mother died at her son’s hands. Electra would encourage Orestes, although perhaps she inflicted no wounds herself.

Electra than lured Aegisthus into a trap, and he took was killed by Orestes and Pylades. 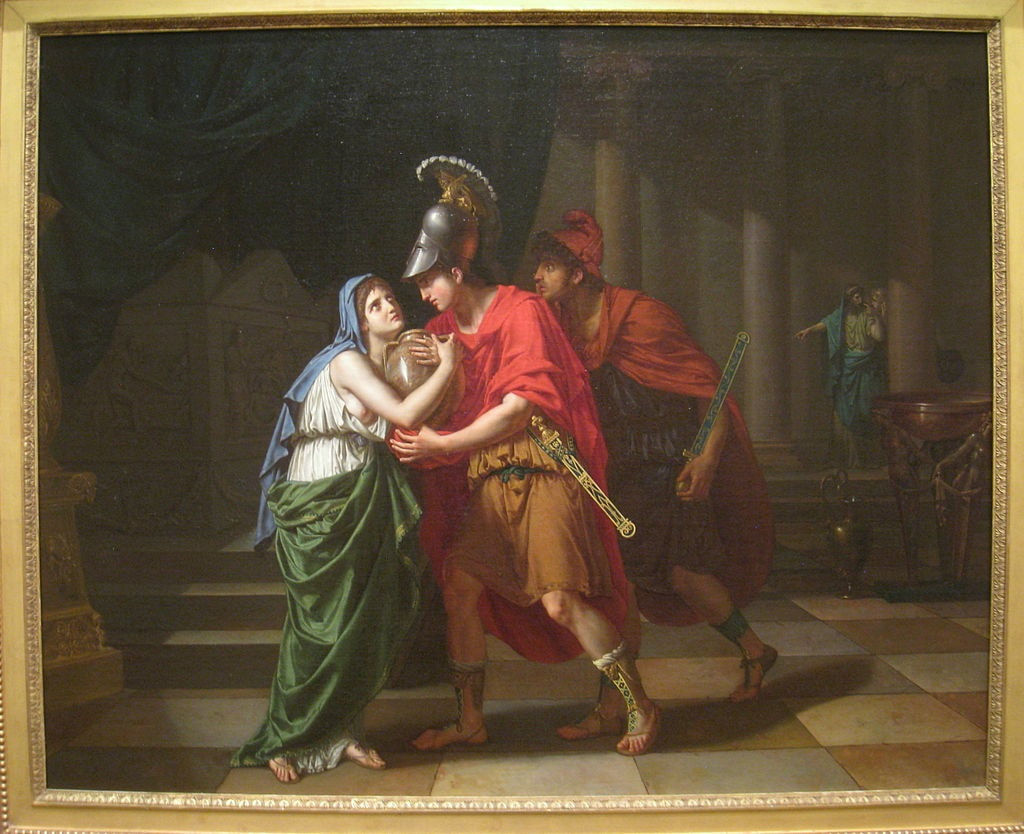 ​Orestes would, once free of the Erinyes, reclaim his father’s throne, and greatly expanded the kingdom. Orestes would then find a suitable husband for Electra, in the form of his friend, Pylades.

After the marriage of Electra to Pylades, little more is said about the daughter of Agamemnon. It was commonly said that Electra gave birth to two sons, Medon and Strophious, though there is nothing said about these two sons, nor is there a record of the death of Electra.
Contents
Colin Quartermain - Electra - 20th February 2020