​Hyacinth, according to tales of Greek mythology, was said to have been amongst the most beautiful of mortals, loved by mortals and gods; but on the earth for but a short while, the death of Hyacinth was said to have given rise to a flower bearing the mortal’s name.

​Hyacinth though has a more famous lover in the form of the Greek god Apollo; and some say that it was Apollo who forced the contest against the Muses upon Thamyris to rid himself of a love rival. 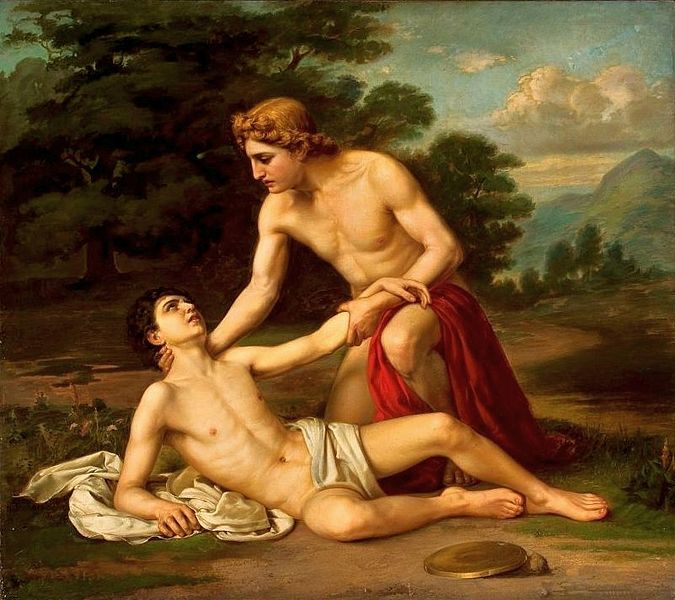 Hyacinth and the Jealousy of Zephyrus

​There is a famous embellishment to the story of the death of Hyacinth, for it was said that the Spartan prince was loved by more than one of the immortals; and it was said that Zephyrus, the god of the West wind, was greatly enamoured by the youth. When Hyacinth chose Apollo over Zephyrus though, the wind god was said to have had his revenge, and when Apollo threw the discus was said to have blown the discus to cause the head wound upon Hyacinth.

In a few versions of the Hyacinth myth, it was said that Apollo was eventually able to resurrect Hyacinth, making the Spartan prince immortal, and then the goddesses, Aphrodite, Athena and Artemis were said to have transported Hyacinth to Mount Olympus.
Contents
Colin Quartermain - Hyacinth - 20th October 2019