Orithyia in Greek mythology was a mortal princess who ultimately became the immortal wife of the Greek god Boreas; although to make her his wife, Boreas would abduct Orithyia.

Orithyia was born in Athens, and was the daughter of King Erechtheus and Queen Praxithea.

Amongst the many siblings of Orithyia were her sisters Procris, Cerusa, Chthonia and Protogeneia, and the brothers of Orithyia may have included Cecrops, Metion, Orneus and Pandorus

The Abduction of Orithyia

Nonnus of Panopolis would claim that Boreas would present Erechtheus with two immortal horses, Xanthos and Podarces, sired by the god, as recompense for the loss of the king’s daughter. 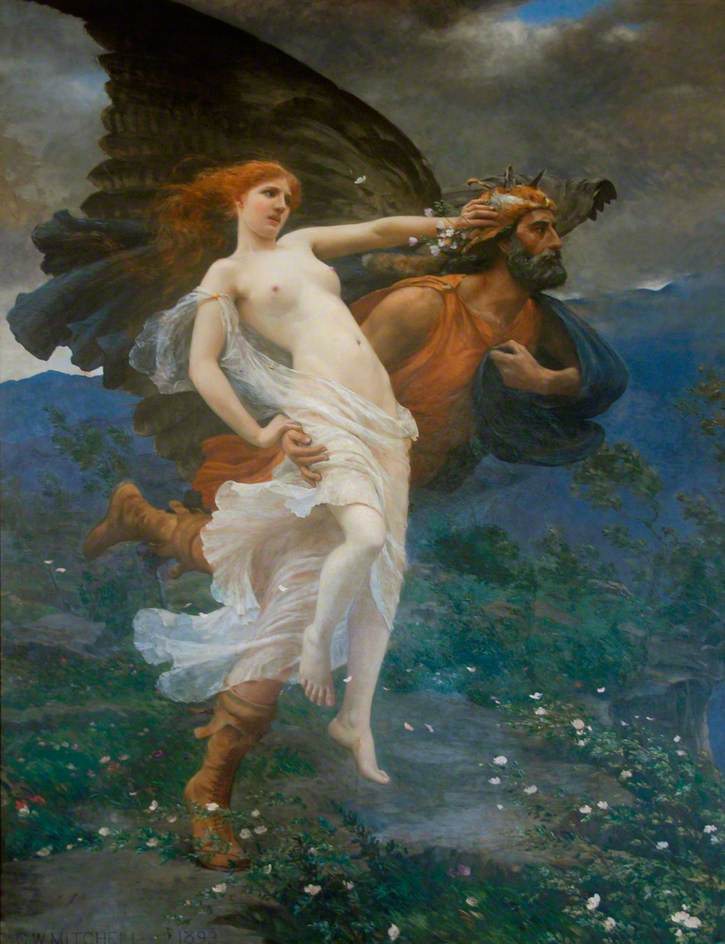 The two daughters of Orithyia were Cleopatra, who would become the first wife of the Thracian king Phineus, whilst the second daughter was Chione, a minor goddess of Snow.

The sons of Orithyia were Zetes and Calais, brother collectively known as the Boreads, who would become famous for their role as Argonauts.
Contents