​Coronis was a mortal princess in Greek mythology, who was also a lover of Apollo and mother of Asclepius. The story of Coronis though, ends in tragedy, with her death due to a jealous Apollo.

Coronis was the daughter of Phlegyas, a Thessalonian king, and Cleophema, and potentially the brother of Ixion.

Coronis would reside in the town of Lacereia (or Tricca) in Pelasgiotis, Thessaly, near to Lake Boebeis. Here, Coronis was seduced by the Olympian god Apollo, and she fell pregnant by the god. 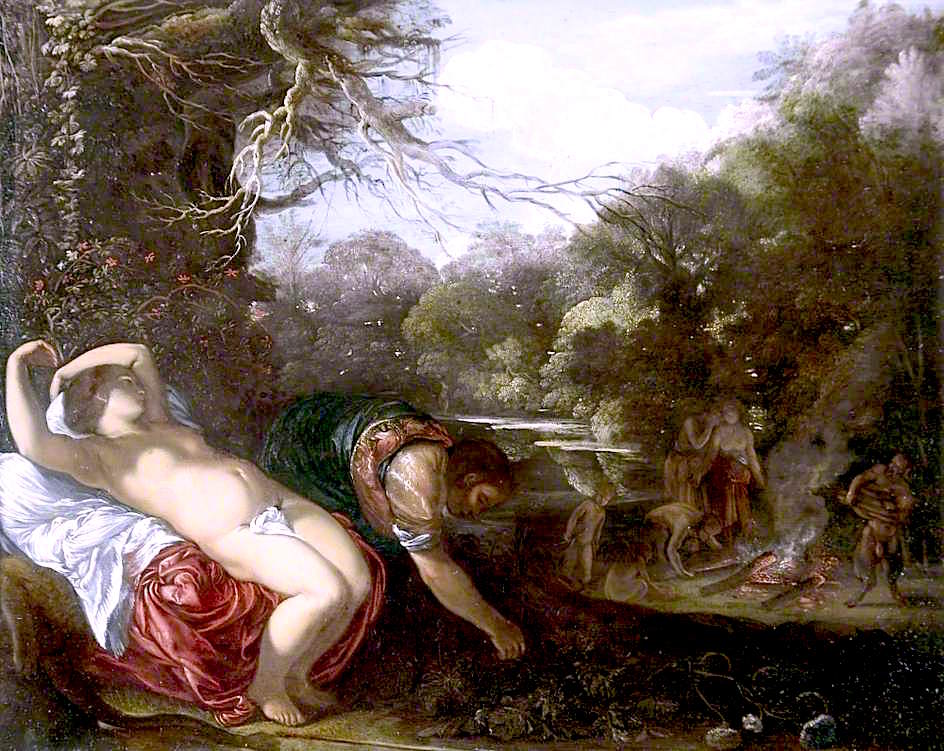 Apollo would of course depart from Thessaly, but the god expected Coronis to remain faithful to him. Instead, Coronis would fall in love with a visitor from Arcadia, a man called Ischys, son of Elatos.

Certainly Coronis would sleep with Ischys, and some sources tell of Coronis and Ischys marrying, but in either case Apollo regarded this as Coronis being unfaithful to him.

It was said that Apollo found out about the unfaithfulness of Coronis when a raven called Pytho told the god of occurrences in Thessaly. It was also said that the raven had been placed to look over Coronis by Apollo so that no harm should befall her.

The Raven is Turned Black

Alternatively, Coronis had already given birth to Asclepius by the time of her death, but in this version of the myth, Coronis had left the son of Apollo exposed upon Mount Myrtion in Argolis.

The reason why Coronis was to be found so far away from Thessaly was said to be because she had accompanied her father on one of his expeditions, but had kept her pregnancy hidden from him, fearing his anger.

Asclepius of course did not die upon Mount Myrtion for he was fed by the goats who grazed on the mountain, and guarded by one of the shepherd’s dogs, until the baby was rescued.

The Death of Coronis' Father

Some also tell of how Phleygas sought retribution against Apollo, either because of the pregnancy of his daughter, or because of the death of Coronis. Thus it was said that Phleygas burnt down the temple of Apollo at Delphi, but this action achieved nothing but his own death, for Phleygas was killed by the arrows of Apollo.
Contents
Colin Quartermain - Coronis - 17th March 2017