Ixion was a famous king in Greek mythology. He was also a man who suffered one of the greatest falls from grace, for Ixion went from being a respected king, to being an eternal prisoner of Tartarus.

Ixion King of the Lapiths

Commonly, Ixion is regarded as the son of Antion and Perimele; Antion being the grandson of Lapithus, the son of Apollo, who gave his name to the Lapiths.

Alternatively, Ixion is sometimes regarded as the son of Phlegyas. Phlegyas was a son of Ares, who in a fit of rage against Apollo, burnt down one of Apollo’s temples, an act of madness which resulted in Phlegyas’ death beneath the arrows of the god. This madness though, if hereditary, might explain events later on in Ixion’s life.

Ixion would succeed Antion as king of the Lapiths.

The Lapiths resided in Thessaly near to the river of Peneus, and some tell it was a land settled by Lapithus, whilst others claim that Ixion relocated the Lapiths here, pushing out the Perrhaebians, who would subsequently create a new homeland of Perrhaebia.

The loss of the horses were soon noticed by Ixion, and the king of the Lapiths plotted his revenge.

Ixion would invite Deioneus to a non-existent banquet, but when Ixion’s father-in-law arrived, Ixion pushed him, or induced him to fall, into a fire pit, killing Deioneus.

Children of Ixion and Dia

The marriage of Ixion and Dia was said to have brought forth two children, Pirithous, the who would succeed Ixion as King of the Lapiths, and Phisadie, who for the “crimes” of Pirithous, would later become a handmaiden of Helen, the wife of Menelaus.

Some tell though of Pirithous not being the son of Ixion at all, for Dia instead gave birth to the son of Zeus; Zeus having seduced the wife of Ixion.

The killing of Deioneus was a heinous crime, for killing a relative, and killing a guest, were both considered enormous crimes to the ancient Greeks. Indeed, Ixion’s murder of his father-in-law was regarded by some as the first murder of a relative in the ancient world.

For the crime, Ixion would be exiled from his own kingdom.

In Greek mythology, other kings could have absolved Ixion of his crime, but none of the neighbouring kings were willing to do so, and so Ixion was forced to wander through Ancient Greece, shunned by others. 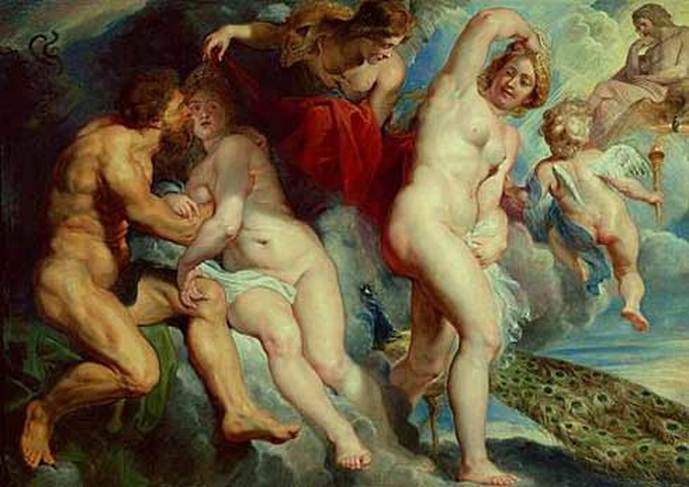 Nephele would fall pregnant after Ixion had slept with her, and depending on the version of the myth, gave birth to either a single son, or many sons.

In the case of a single son, then the monstrous Centaurus was born a son of Ixion, who after subsequently mating with the Magnesian mares would become ancestor of the Centaurs.

Some tell of Centaurus though being born generations before Ixion, for Centaurus is also named as brother to Lapithus, great-grandfather of Ixion. So then Nephele was said to have brought forth a multitude of sons, the Centaurs as a whole.

The Punishment of Ixion

Zeus would also decide upon an appropriate punishment for Ixion, for to the god, sleeping, or attempting to sleep with his wife, was a greater crime than murder. Thus, Zeus had Hermes bind Ixion to a fiery wheel, which would traverse the sky for evermore.

This fiery wheel, with Ixion attached, would at some point be taken from the sky, and placed instead within the depths of Tartarus; for Ixion was regarded as one of those, along with Sisyphus and Tantalus, who would suffer eternal punishment in Tartarus. 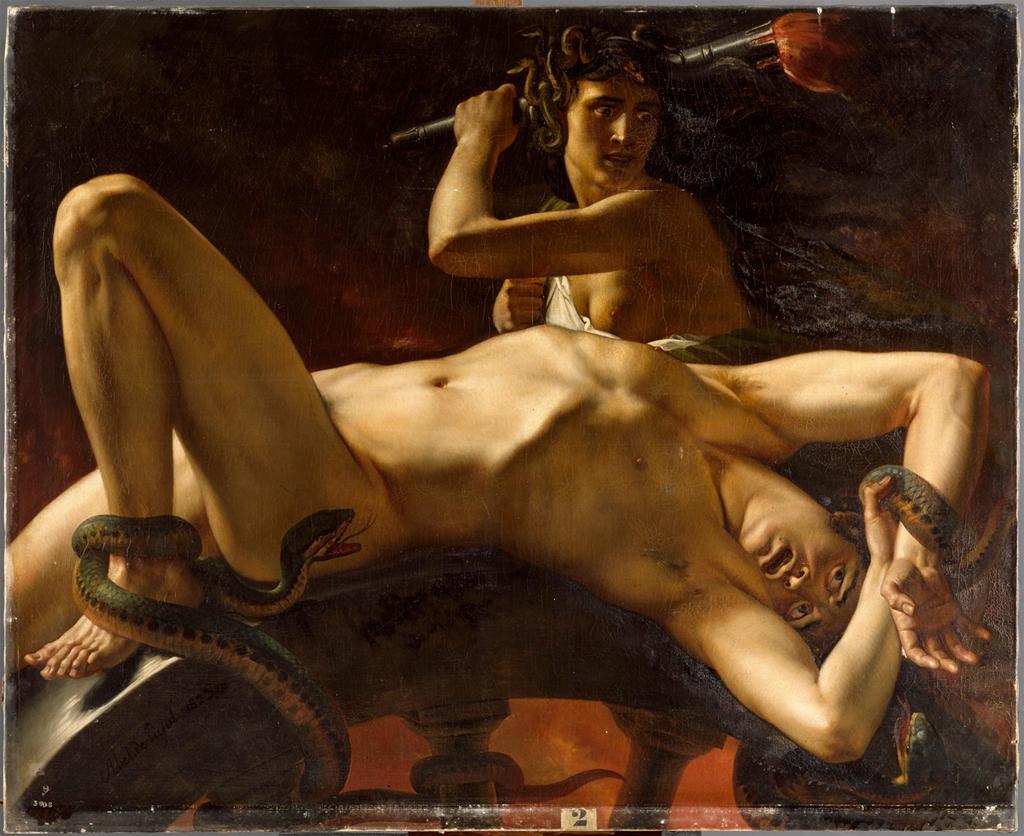