Pasiphae, in Greek mythology, was a queen and a sorceress, and was closely associated with the island of Crete. Today, Pasiphae is best known as the wife of King Minos of Crete, and for being the mother of the Minotaur.

Pasiphae the daughter of the god Helios and the Oceanid Perseis (Perse); making Pasiphae sister to Circe, Aeetes and Perses.

Pasiphae was said to be immortal, just as her sister Circe was also immortal, although her brothers, Aeetes and Perses certainly weren’t. The females in this family-line were known for their skills with potions and herbs, for as well as Pasiphae and Circe, the sorceress Medea, the daughter of Aeetes, was also part of this family.

Pasiphae and the Cretan bull

Pasiphae is best known for her own infidelity, rather than those of her husband, although this infidelity was caused by King Minos.

To gain the throne of Crete Minos had prayed to Poseidon, who had dispatched a magnificent white bull as a sign of the god’s favour. Minos was expected to sacrifice this bull, now known as the Cretan Bull, to Poseidon, but Minos was so taken with the white bull that he kept it instead.

An affronted Poseidon decided to have his revenge by causing Pasiphae to fall in love with the bull, a love in the real physical sense, for Pasiphae would lust after the bull; and the skills of the sorceress were not enough to counteract the curse of Poseidon.

Pasiphae would eventually to enlist the help of Daedalus, the master craftsman, to sate her unnatural desires. Daedalus would manufacture a lifelike wooden cow, with real cowhide covering it. Pasiphae would enter the wooden construction, and after it was wheeled out into the field, the Cretan Bull would mate with the wooden cow, and Pasiphae inside it.

After coupling with the Cretan Bull, the desires of Pasiphae would be sated for ever, but the coupling also meant that Pasiphae was pregnant with a son. 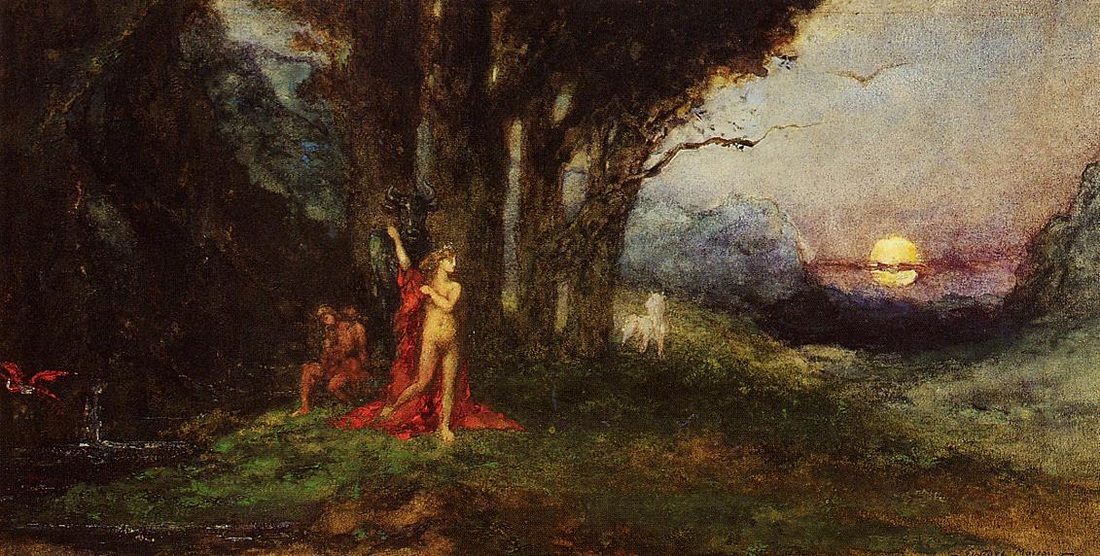 Pasiphae Mother of the Minotaur

​As the Minotaur grew older though, he would become more savage, and it was no longer safe for Pasiphae or other members of the royal household to be around him. Daedalus was tasked with creating a new home for the son of Pasiphae, and so the Minotaur’s new home would become the gigantic labyrinth beneath the palace.

Other Children of Pasiphae

The Minotaur though was not the only son of Pasiphae, for Pasiphae would bear a number of children to King Minos –
The story of Pasiphae effectively ends with the birth of her children, for she is subsequently not mentioned in the Greek myths that have survived.
Contents